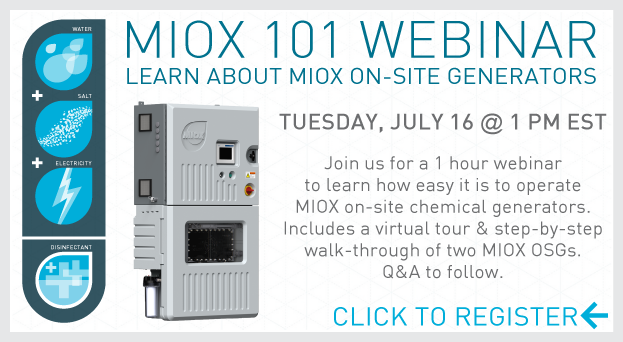 Let me show you how easy it is to generate disinfection chemistry at your site. Eliminate the transportation, storage and handling of hazardous chemicals AND generate a more effective disinfectant.

Let’s start with the basics and then we’ll open the forum up for Q&A. In this webinar, you will receive a virtual tour of a MIOX on-site chemical generator (OSG) and learn about:

Register now to reserve your seat for Tuesday, July 16!

The oxidation of H2S is a two part reaction in which elemental sulfur (S0 ) is an intermediate before reaching the fully oxidized state as sulfuric acid (H2SO4).  S0 is a solid that must be filtered in municipal applications, so if the reaction cannot be driven to completion with hypochlorite, additional capital equipment must be purchased.   With sufficient dosing, MOS does not require a detention tank, filter system, and head can be maintained from the wells to distribution.

MIOX and odor control in wastewater systems: In 2013, a MIOX MOS Zuni system replaced a bleach caustic chemical program in the trickling filter and scrubber system of a wastewater treatment plant in the state of Washington.   Since its installation, there have been no complaints from nearby neighbors concerning odors from the plant.  The MOS is also used to prevent ponding, or excessive growth of biological material in the media of the filter.  Since the introduction of the Zuni system, which uses only salt and power to generate the Mixed Oxidant Solution (MOS), the operators have ceased using the caustic, providing a both safety and cost advantage.  MIOX MOS was used also used to successfully replace hydrogen peroxide (H2O2) in a sewer collection system, decreasing the H2S concentrations from 15 mg/L to non-detectable.  Because of the distributed nature of the wastewater collection system, using a small OSG system that can be remotely monitored often provides operational flexibility. 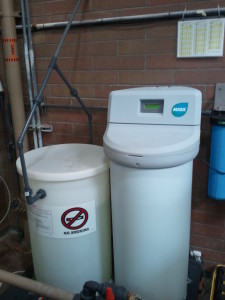 The City and County of Honolulu owns and operates the Honouliuli WWTP, which is the regional wastewater treatment facility for the ‘Ewa district. The plant is located east of the former Naval Air Station Barbers Point and processes approximately 26 million gallons per day (mgd). 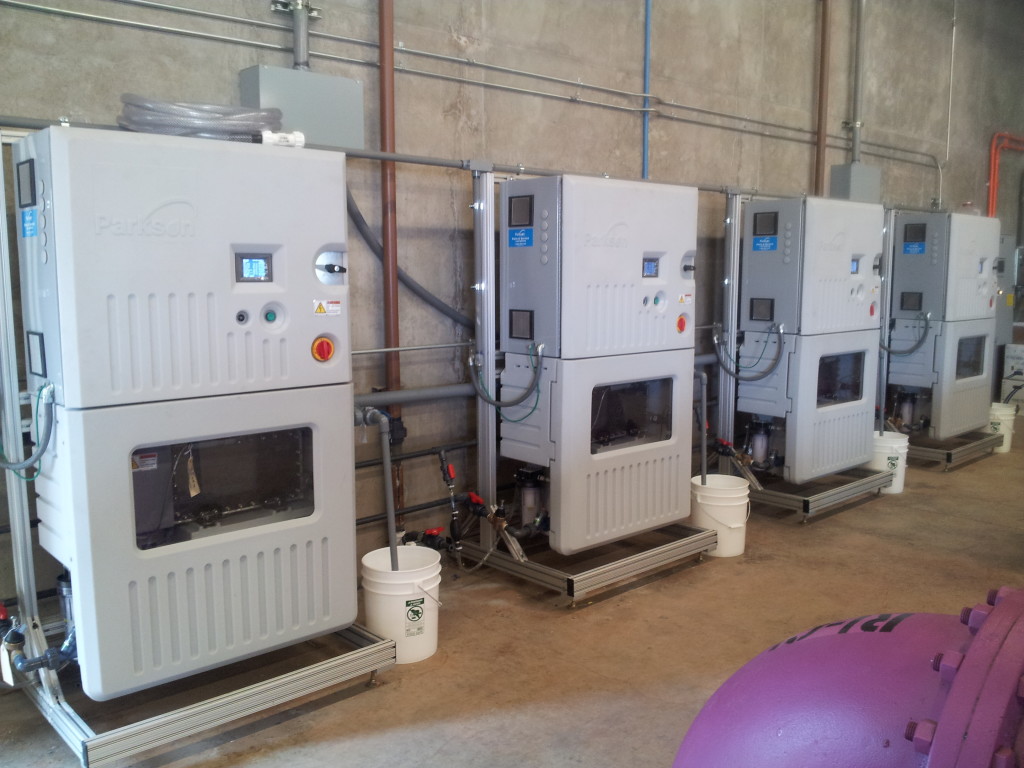